One night my dad sat me down to have an intervention but even then I was still lying to his face until eventually I couldn't take any more and I broke down, admitting everything. 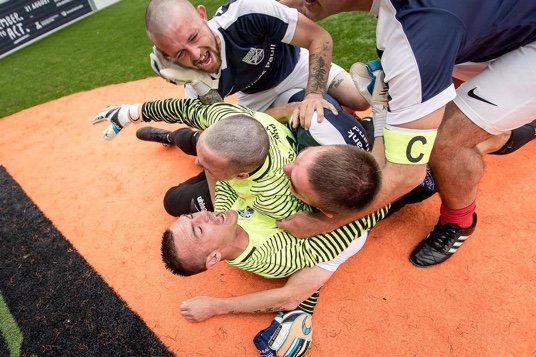 Endlessly paranoid by what might happen to him, who might hurt him or his family, “the gangs even threatened to kill my dog by running him over. It was such a chaotic, tense and sickeningly stressful situation.

I was working to pay them off and they knew they owned me. One night my dad sat me down to have an intervention but even then I was still lying to his face until eventually I couldn’t take any more and I broke down, admitting everything. From then life moved rapidly for Anthony. “I got clean by going to NA meetings and

counselling but I quit the drags cold turkey. My dad paid off my debts but I knew I still wasn’t safe. I had a cousin in Scotland and the night the deal went down I boarded a plane with my mum balling her eyes out knowing that even thought the flight was only an hour, I might never be home again.

Once in Scotland I got settled and a job in JD Sports and everything was looking ok, but after a shift one night I came home to see all my stuff in bin bags on the street. The couple that I was living with did a bunk, leaving me nowhere to live. My confidence was shattered again and I had no other option than to sleep rough.

“Like so many addicts, I was leading a double life I was constantly lying to my mum and dad, but I was also lying to myself.”

I slept on the cold, harsh streets of Glasgow for a week. Well I say slept, you cant sleep on the streets as the paranoia sets in again. Somehow the gangs from back in Ireland got my UK number and were texting me saying they knew where I lived. Yet again my life was being threatened and it all started with taking one pill at a house party. Now I didn’t even have anywhere to live.

After a week of sleeping in bus shelters and doorways. I got into a hostel. It was horrendous. Everyone was using around me. I was the youngest person in there and I hated every minute. My key worker Mark was amazing and if it wasn’t for him I don’t even like to think where I would be now. It was probably involve a grave and a shovel. It was Mark that brought me to my first Street Soccer Scotland drop in session. I was met with a handshake and a hug from that exact moment I knew it was for me.

But again, life took a cruel twist for Anthony and he fractured his foot leaving him in a moon boot for 6 weeks. But his resilience shown through again and he persevered with the injury and returned to the final set of trials. But the injury wasn’t the only thing holding him back. During all his moves and dramas that had happened to him, Anthony had lost his passport.

“That was a living nightmare trying to get a replacement passport, from visits to the embassy to having it sent back three times, I had to take a place in the reserve squad as I just didn’t think I would be able to play this year. Even when one of the first team pulled out due to injury I still couldn’t go because the passport hadn’t arrived!”

But it really was a case of “luck of the Irish” as the Saturday before the Monday flight my passport came through! I spoke with Ally and the team and they worked their hardest to get everything in place for me to be able to go to the tournament. We couldn’t even get the name changed on the flight till 11am and we flew at 2pm because it was a bank holiday, so the booking office was closed! I was told later on the guys in the Street Soccer Scotland office had to phone the airline agency in Estonia to get the change processed! I don

‘t even know how they did it but I am so grateful to them for never giving up on me.” Speaking about the tournament Anthony said, “Even though Robert and Ross at the Glasgow office have both played in the Homeless World Cup, I really didn’t know what to expect.

They told me so much but like the old Irish TV advert- “you don’t know until you go!” 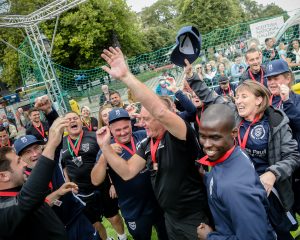 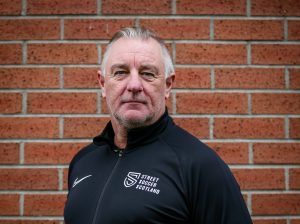