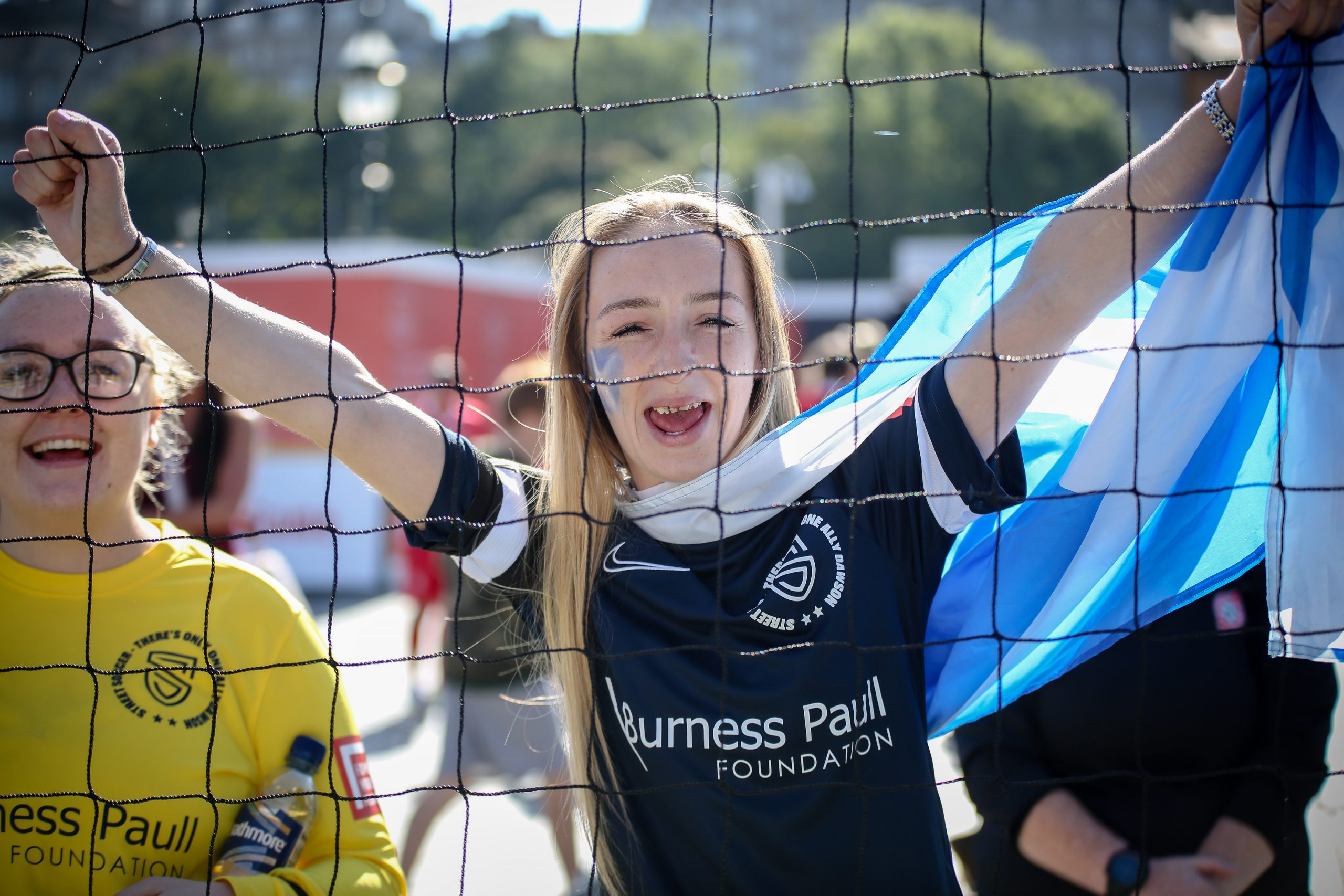 Beaming from ear to ear, Jodie reflects on a whirlwind eight months as a Street Soccer player which has involved making new friendships, an increase in confidence as well as captaining her country in September.

Jodie was selected as captain for Team Scotland for the Homeless World Cup Foundation’s Four Nations CUP event in Edinburgh and describes it as one of the best experiences of her life.

“Going to the Four Nations with the group of girls we had for the Scotland team was amazing. Right from the moment that I was selected, everything was just so brilliant. All the training, meeting the lads too and then travelling to Edinburgh. It’s hard to put in to words. I was so honoured to be the captain for the weekend.

The actual event itself in Edinburgh, in front of everyone on Princes Street, I’ve never felt anything like that in my life.  The sun was shining, everyone was buzzing, I couldn’t get the smile off my face. England, Wales, Northern Ireland and our own group, everyone got on so well and were just so happy to be there.”

With a glowing report of the tournament, Jodie touches on her early experiences with Street Soccer having only been a part of the sessions since June last year.

“I started with Street Soccer around eight months ago. I was referred from one of my support workers and it’s probably the best thing I’ve ever done.”

Working alongside Sarah, our women’s programme coordinator, Jodie believes she has grown as a person by being part of the Street45 programme. Progressing in to a volunteer role and leading some of the weekly sessions in Glasgow, she describes that despite never being short of confidence, talking to other people has never been easier thanks to Street Soccer.

“There’s no judgement in here. Everyone’s on the same wavelength. We’ve all had our own struggles, so nobody is here to judge you, nobody cares about your past, it doesn’t matter. That’s what I love about coming in here.

I think the fact that everyone has been through similar battles, it does make it easier to open up and talk about it, because generally, it can be tough to talk about what you’ve been through. Everyone has different backgrounds but we can listen to one another stories which helps break down any barriers there might be.”

The customary Street Soccer welcome is something that really stands out within Jodie’s early days as a Street Soccer player and she highlights that the fun hasn’t stopped since that day.

I was really nervous at first but everyone welcomed me with open arms. I’ve never looked back since then. Having experiences like I’ve had means a lot to me. When you think back to the Four Nations, I think it says a lot about the group that although we lost every game, we were still over the moon. We won in spirit. We carried one another and I’ll always remember that. The main goal was just to have fun and we definitely done that. We were still buzzing weeks after that!”

With personal development at the very core of Street Soccer’s Street45 programme, players have the chance to engage both on and off the pitch. The programme is tailored to the wants and needs of the females and Jodie believes that this is a big draw for prospective participants.

“Whether you’re in to football or not, I’d urge anyone to get involved with Street Soccer. We do all forms of exercise, focus on mental health, a lot of SVCQF stuff as well as having the bonus of the opportunities like with Team Scotland. You don’t get that elsewhere. For anyone thinking about it, try your hardest to get out of bed and get in here and once you do, you’ll be like me – you won’t look back. It’s not about football, it’s the feeling of having that sense of belonging. I know that if I come in here feeling crap, I’ll leave feeling absolutely buzzing.”

With Street45 sessions offering the opportunity to meet new people in a safe environment, Jodie believes that it is the people of Street Soccer that makes it truly unique.

“The girls here like Sarah and Laura, they’re absolutely amazing. Hopefully they’ll be my friends for life. That’s the type of bond we have in here. I feel like everyone deserves to have that experience and feel that sense of belonging.

Street Soccer is the best thing I’ve ever done. The last seven or eight months have been the best times of my life and have allowed me to find myself. For that, I’ll be forever grateful to Street Soccer.”

Jodie is a player with Street Soccer in Glasgow. Street45 runs three times a week at Powerleague Glasgow from 11-12:30pm on Monday’s, Wednesday’s and Friday’s. You can get involved at any time. Start your journey by getting in touch with Sarah on 07480981819. 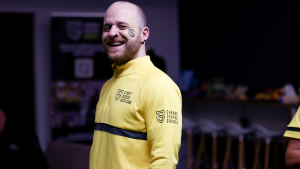 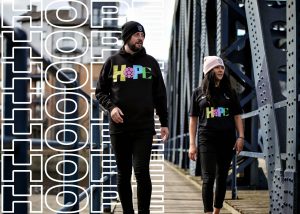 Give the Gift of Hope