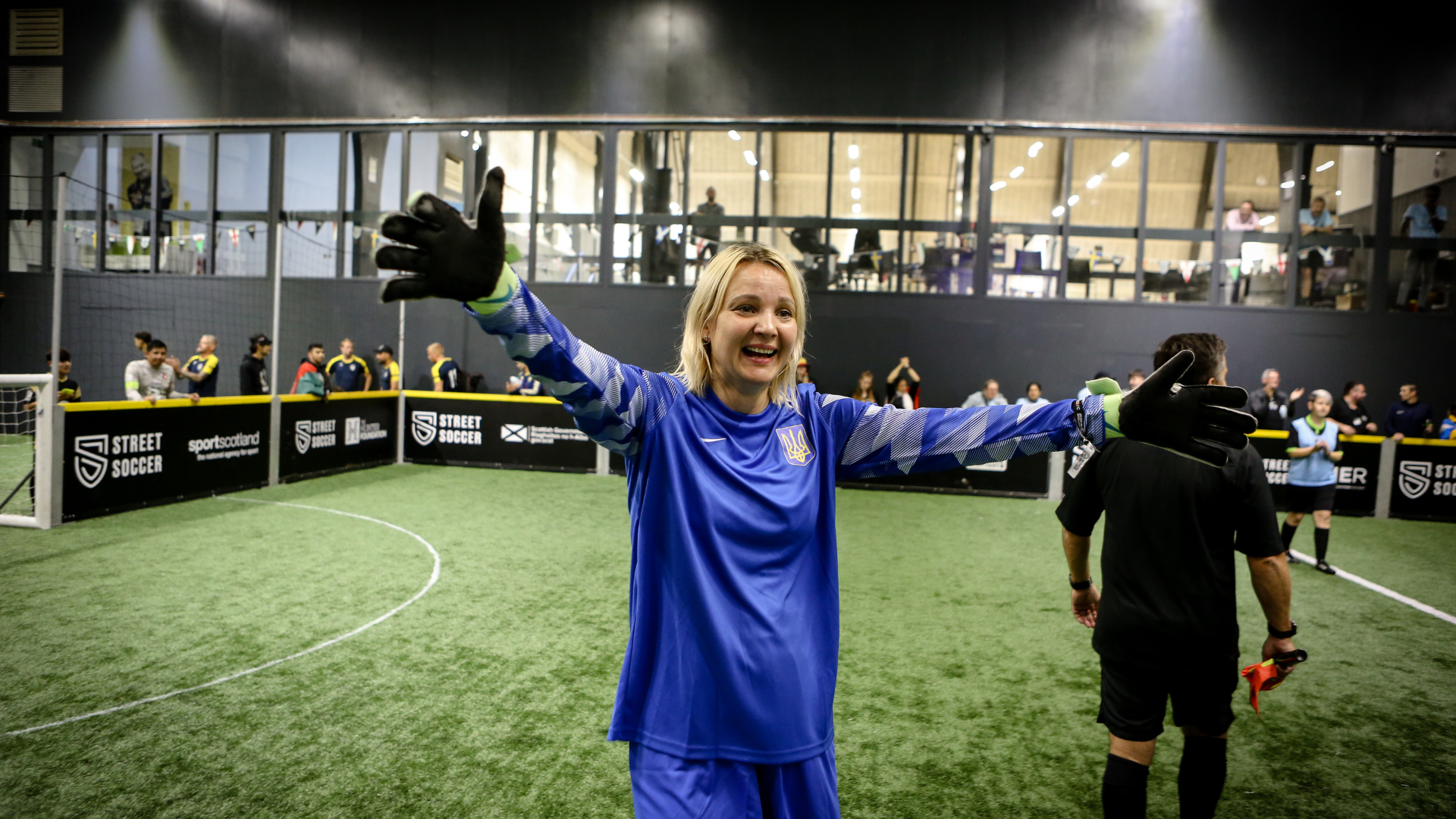 Inna travelled to Scotland with her son earlier this year, following the invasion of her native Ukraine by Russian forces. Despite never being involved in football prior to moving to Scotland, she’s found hope through being part of a “family-like” community at sessions in Glasgow.

“I’ve been in Scotland for four months. It was firstly in Scotland that I found the strength to smile, after everything that happened to me and so many back home.

“I didn’t play football before I came to Scotland, so it was very new to me. I found it quite scary at first. I started going to the Street Soccer sessions twice a week and have only missed two sessions. I know how important they are to me.”

Inna says that although things are understandably incredibly difficult, both living here as a refugee and more so for her husband who is unable to leave Ukraine, she stays in contact with him and takes great pride in telling him about how well she is doing with football, and how their little boy is doing.

“I usually take photos of me and my son to send to my husband in Ukraine. It gives him motivation and hope too.”

Over 20,000 displaced Ukrainians have arrived in Scotland in 2022 and Inna is one of many who has experienced the trauma of war and displacement. Through making new connections, her Street Soccer support network have tried to relieve some of that pressure.

“I have had a sudden change of my life and like other Ukrainians, this is still very difficult, but Sarah and Colleen at Street Soccer have helped me to move forward.”

Inna reflects on the small things that have made her feel part of the Street Soccer family, in the absence of her own relatives. Recalling a meeting with coach Sarah, Inna says:

“They have been supporting me at every step. When I first spoke to Sarah about the football, I heard something heavy fall to the floor and I was very frightened due to the noise. Sarah hugged me and that’s when I understood that I have a very Scottish family – my football team.”

Inna was initially introduced to Street Soccer through a support group for Ukrainian women. After a few taster sessions at Powerleague Glasgow, the group got the bug for it and have continued ever since. This led on to the selection for Team Ukraine at the Street Soccer Nations Cup.

Team Ukraine was made up of Ukrainian participants at Street Soccer’s Street45 sessions in Glasgow. The team travelled to Dundee in September with their families to compete with eight other nations at the Change Centre.

“Going to the tournament in Dundee was amazing. We never went to win, only to enjoy ourselves. It was a fantastic experience. I got to share this experience with people I will never forget.”

All those in attendance at the tournament got to witness some powerful moments with Team Ukraine, from the national anthem before the first match to receiving the fair play award on the final evening. Inna was not seen without a smile on her face across the weekend.

On reflecting on her weekend, Inna underlined that finding a new passion for football – and the support of her teammates, has given her a different outlook on life.

Inna and her teammates are part of weekly sessions in Glasgow, which are all free to attend. Taking place from 11:00-12:30 every Monday, Wednesday and Friday, Street Soccer’s Street45 programme is structured to give all female players 45 minutes exercise and 45 minutes for personal development. Find out more about it online. 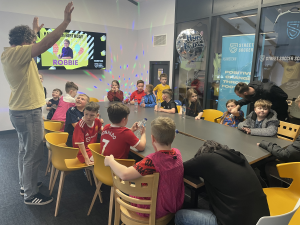