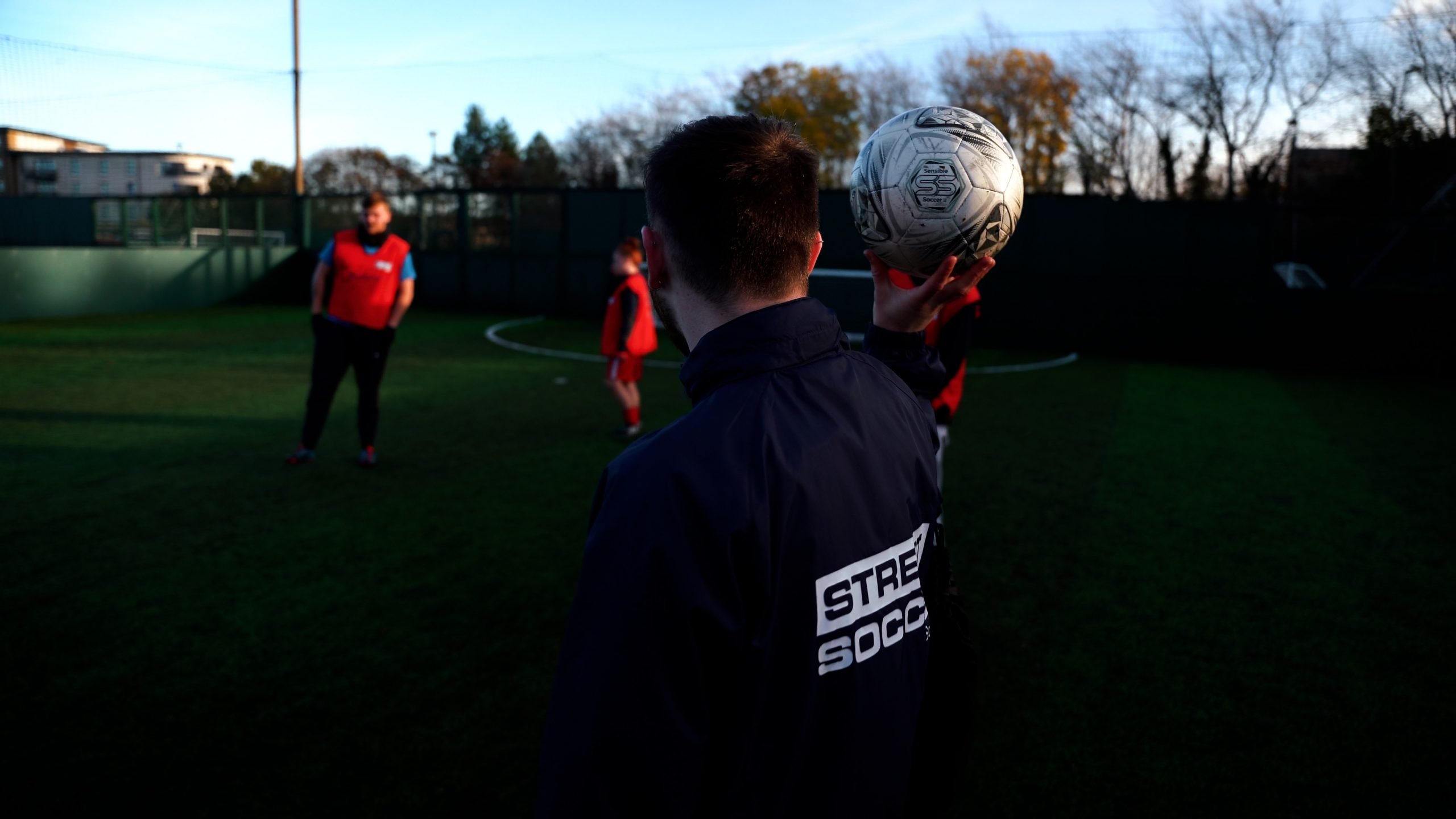 Jordan has been a player with Street Soccer since the age of 14 and is now leading sessions in Edinburgh. His path from youth player to adult coach is inspirational for many players in the capital city and he believes that his route through Street Soccer programmes has shaped him as a person.

“When I was around 14, me and my friends were playing amongst ourselves locally and conveniently Street Soccer were hosting a kids session next to us, they asked us to join in and I’ve been part of Street Soccer ever since” says Jordan.

“The environment was really friendly, that’s what kept me there. Playing with teams and stuff was a bit strict, so the social engagement was a real plus with Street Soccer”

When Jordan turned 17, he started sports coaching at college and struggled to fit everything around his busy schedule. When a work placement came around as part of his studies, he contacted Edinburgh Programme manager Robbie Wood who was able to offer a coaching role as part of the youth programmes across the city.

“I done my graded unit with Street Soccer and passed that, thankfully Robbie gave me the opportunity to stay on and eventually I became a sessional worker.

It was great to become a coach, I could really relate to the kids and knew what they were after, having been a player myself. The fact we get to come here, have fun and build relationships is the most important thing – the football is just a bonus.”

Jordan admits that structured coaching with mainstream football team wasn’t his ideal fit, so when he left college, he was a bit confused as to where he wanted to go in his career. Through his relationships at Street Soccer, he got in touch with Craig Montgomery at WorkingRite.

“Before I started as a sessional coach with Street Soccer, I went to Craig at WorkingRite as I needed a job. He got me in touch with YMCA in Leith, they do youth works and after school club. I got a work placement with them before gaining employment with YMCA, I’ve also worked there for the last three years whilst still helping with out with Street Soccer.”

Whilst having a clear desire to help others, Jordan has never shied away from new opportunities, and as such, has recently started a permanent role with Working Rite, Street Soccer’s employability partner, taking on a lot of Craig’s work.

“My new role with WorkingRite is supporting our Street Soccer players. We do our best to get more young people to sessions and get them in to positive destinations. I now have a greater responsibility but it’s not wholly different from what I’m used to. I’m still building relationships and creating more confidence in the players.

It’s all about finding the right timing for players, we want to help them as much as possible but let them do it at their own pace. We know the services we can offer and we make players aware too.”

By maintaining a consistent presence at Street Soccer sessions, Jordan has taken on a lot more responsibility as the years have gone by and now at 22 years old, feels he has the relationships and understanding with players to allow them to trust him in supporting their positive change journey.

“I think I have a friendly approach and the guys around here know I’ve been round the sessions a while, since I was a kid even. I’ve built a relationship with all the guys here and that helps both on and off the pitch.

At Street Soccer and WorkingRite we want to create a safe space for everyone who engages and highlighting that we can offer opportunities if and when they need it. It helped me after college and put me on a positive path, building up my confidence and self-esteem and I want to give back and do that for our younger players.”

So, after eight years with Street Soccer, where does Jordan see himself next? With clear determination to progress and succeed, he is another great example of the player pathway. He believes there is still so much to come.

“The services at Street Soccer have helped me big time and no doubt they have got me to where I am today. When I left college, I was confused and didn’t know what to do. Street Soccer gave me something to do during the day and they put me on the right path and I haven’t looked back since, there are still so many doorways to be opened.”

Jordan and many others are benefiting from free football sessions in Edinburgh, that take place every single week for both adults and young people. You can find out more about these programmes online or contact Robbie Wood via [email protected] 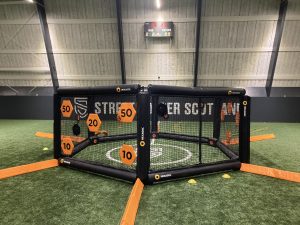 Hexagol comes to Edinburgh for Easter 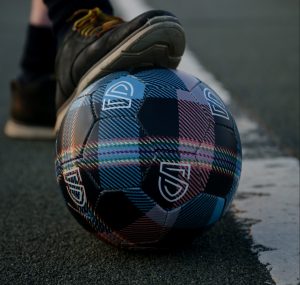