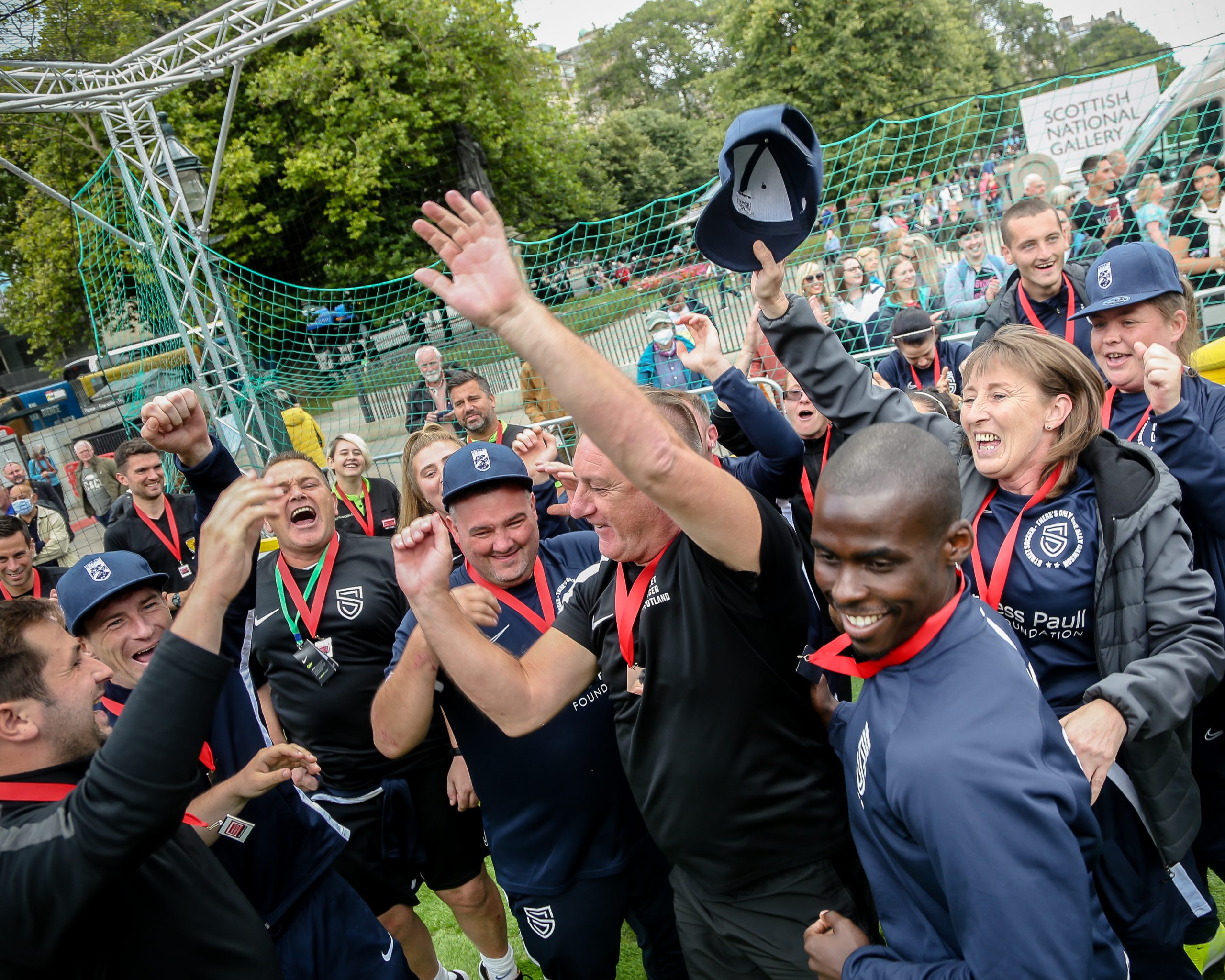 Team Scotland had amazing support across the weekend. Friends, family, volunteers, partners and the general public all flocked on the Mound to create a terrific atmosphere for such a special event.

Team coach Rab Hare spoke of his delight at the way the players adapted to the small sided football. The tournament rules mean that the game is played at a very high intensity, with the four-a-side matches proving to be thrilling for the neutral.

“It has been an amazing weekend. Considering we only had the players for four weeks, its remarkable the way that the squad have adapted to everything we’ve thrown at them. I think it has been life-changing for a lot of them. They’ve had the chance to be part of a team, a community. Support one another. Socialise with others from around the UK.”

The players from both our men’s and women’s teams grew in confidence as the weekend went on. Fixtures played across day one included without doubt the game of the tournament, as the lads lost narrowly to Wales in a 12-11 thriller. Gordon Donnelly scoring seven in that game alone, with a few more important goals yet to come.

Captain for the men, Thomas Collins, put in a number of marvellous performances and was pleased with how the team responded to some of the results.

“I think we let the occasion get to us on Saturday. We lost our opening game to Northern Ireland, who are a terrific team, but we didn’t stick to our shape. I’m pleased with how we’ve stepped up in the knockouts today.”

Both the men and the women finished in fourth place but the memories they created from this weekend will surpass any result they could have got on the pitch.

The ladies were passionate throughout, belting out the national anthem on each day and creating a buzz throughout the venue. Sarah Watson received a number of plaudits for her heroic display in goals for the women in their semi final against Northern Ireland. Despite losing, she made a number of strong saves to the delight of the Edinburgh crowd.

Stuart Hanlon was another player who will go home happy, scoring two against England in the semi final as the boys went 3-0 up with the help of Jordan Thomson too. Although the squad ended up on the losing side of that semi, they were proud of their efforts.

Massive thank you to all of our supporters and volunteers who made this a tremendous event and of course congratulations to the winning teams; England Women and Northern Ireland men!