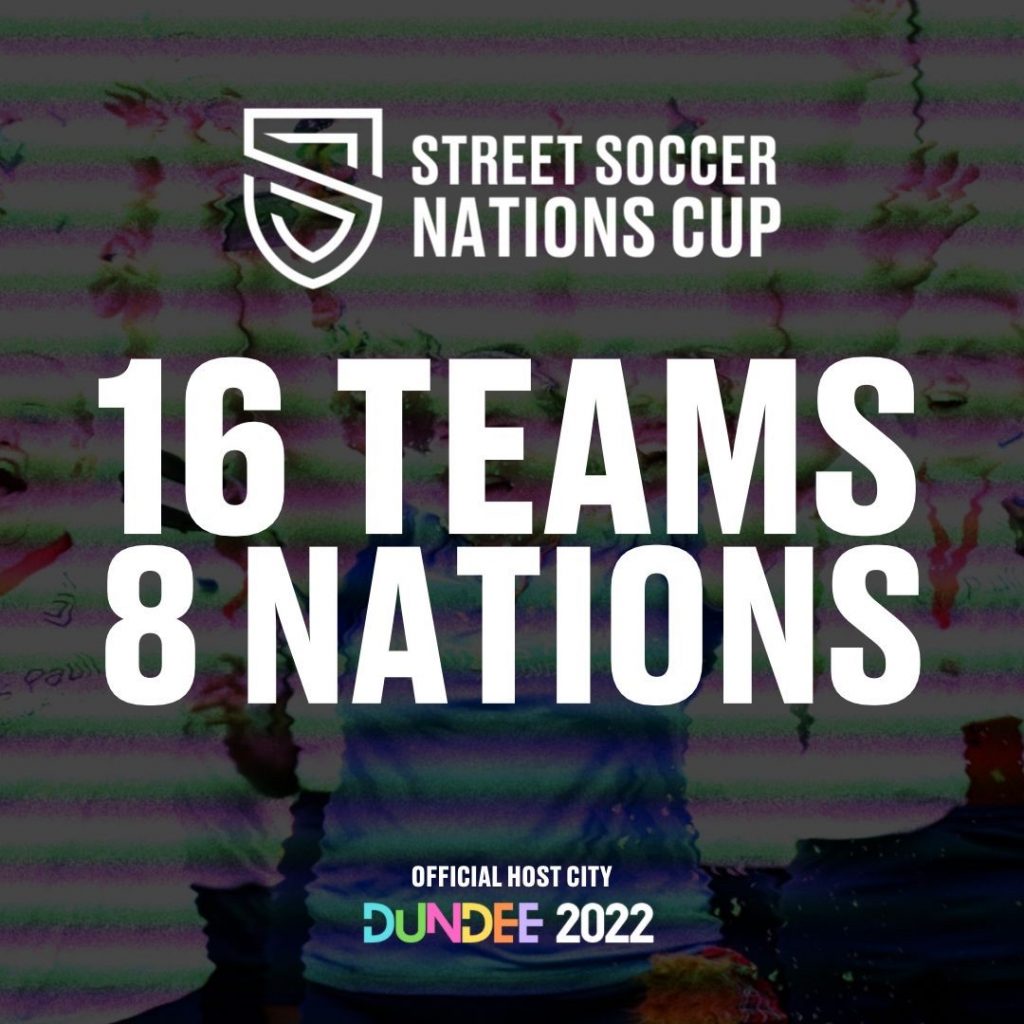 Street Soccer Scotland will be hosting a small-sided international football tournament in Dundee, this September.

The event aims to provide an opportunity for players from Street Football projects across the globe to represent their country in our inaugural small-sided tournament. The event will aim to create life changing experiences for players, highlighting the power that sport has to influence positive change.

The Nations Cup will be held at City Square in Dundee City Centre across the weekend of Friday September 9th to Sunday 11th.

Supported by the Scottish Government and Dundee City Council, Street Soccer aim to challenge public perception of some of the social issues that players face and break down the stigma in order to provide better quality support.

As well as the tournament itself, the event will have live music and host a number of organisations working in social impact, to underline the power of community in the city. The societal issues that Dundee has faced in recent years have been well documented and Street Soccer Scotland believe that some of the positive action being taken by partners across Dundee can highlight the power of community and that sport can be part of the solution in creating change.

David Duke, Founder and CEO of Street Soccer Scotland, said “We are delighted and also grateful that Dundee City will host our first ever Nations Cup as we invite our friends and colleagues from various projects around the world. The Street Soccer Nations Cup will more than a football event. It is an opportunity for players to represent their country and have a life changing experience. The matches will be exciting and we hope to create a real carnival atmosphere for spectators whilst highlighting the power of football.

Lord Provost of Dundee City Council, Bill Campbell, said: “It’s great news that Street Soccer is bringing its Nations Cup 2022 to Dundee later this year. Football has the power to unite us all. The Nations Cup is a fitting reminder of the importance of inclusivity in sport, something I too am keen to champion.

This city has a proud footballing tradition, from grass roots to international level, and I’m sure the people of Dundee will take this tournament and its players to their hearts.”

With invitational tournaments taking place across the globe from Street Football projects, Street Soccer Scotland will be hosting its first ever Nations Cup tournament, with eight participating nations across 16 teams.

Street Soccer Scotland will be welcoming guests England, Wales and Northern Ireland, Republic of Ireland, Sweden and Ivory Coast. Street Soccer will also be including an Afghanistan team selected from its programmes.

Utilising our multi-purpose community hub, Change Centre Dundee, as a player village throughout the event, Street Soccer will allow players to access further support and participate in educational experiences across the weekend, with catering and entertainment planned in too.

This event will be completely free to attend and is totally inclusive for guests of all ages. With two grand stands, food stalls and an entertainment stage, Street Soccer aims to create a memorable experience for everyone attending.

To find out more about the event, please visit streetsoccerscotland.org/ss-nations-cup 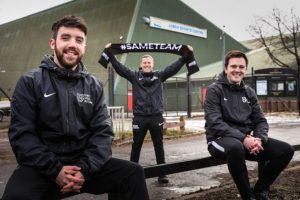