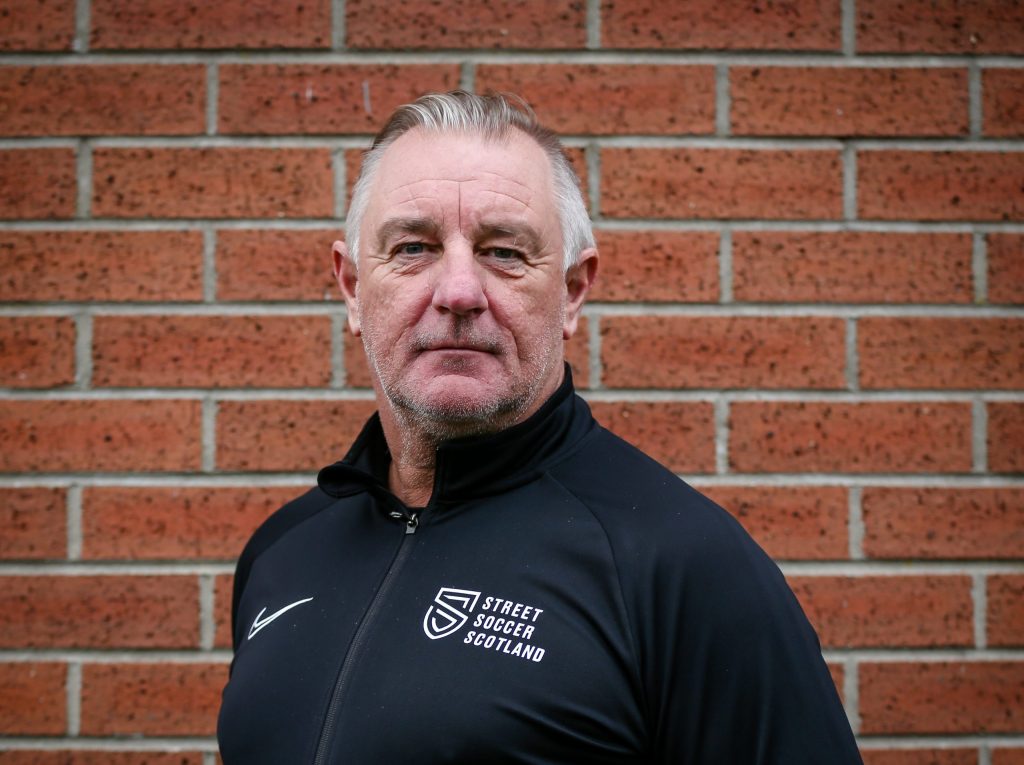 Prison, mental health issues, homelessness and recovery. Rab Hare has battled through it all and believes talking about his experience is the key to delivering Street Soccer’s growing prisons programme.

“I’ve had my own experiences with mental health, it’s really become something I can share with the boys. Talking helps and we want to support every single person on this course” says Rab.

The prisons programme is slowly finding its feet again after 18 months of COVID restrictions. Former professional footballer, Rab, is back working with one of five partner prisons and highlights the need for consistency moving forward.

“Isolation is the worst thing for your mental health so we want to encourage everyone to keep talking, help one another. I like to let them know that they’re all equal. They all come in at the same level, no matter what background or history they have.”

Having experienced prison himself in 2006, Rab is a popular figure among players and believes his understanding of life inside is vital in ensuring that prisoners can build trust with the programme, with the aim of making positive changes in their lives.

“I was sentenced to prison in 2006 and was released in 2007. It was my first time in jail and my life had spiralled out of control. After around three and a half months, I got a job to work in the gym. It was a great opportunity because it gave me a structure.  Beforehand, my only routine was out and hour a day for lunch, dinner and a bit of small exercise, locked up for the other 23. So, having the chance to get a new routine and out of isolation was crucial for me. It made my sentence a lot more comfortable. Having that opportunity resonated with me and emphasised how important structure and routine can be for individuals.”

Building structure is one of Street Soccer’s founding principles. With this, we believe we can guide individuals to make better choices in their lives. Rab highlighted that although football is the connecting tool to recruit players for the programme, the relationships developed during the 12 week course are what make the real difference.

“Football is a tool that we use to engage with people. If you put a ball down at someone’s feet, no matter the language, they’ll be able to interact with you. During the course, you can see the pressures alleviating from these guys as the weeks go on. After a few weeks, boys are blethering and supporting one another.

The initial lure is maybe the football but we sit them down early and let them know they’ll learn new life skills and they’ve got a real chance to develop. There’s some guys who can’t read or write on the course, but I always tell them not to be embarrassed about that. We’re there to support and they can pull us for a word if they want help with something like that. We’re all in this together, and we’ll complete it together.

Some of the other prisoners are always willing to help too, and that is the real magic of it. They’re all still human, they’re being punished for their mistakes but they need treated like a human being at the end of the day.”

Currently operating out of HMP Castle Huntly, the prisons programme involves a progressive training regime, teaching players the basic skills and drills involved in a football session. This develops further with a variation of drills, leading to players taking their own session once their comfortable enough. These personable skills are delivered at an individual pace, with the programme culminating in an event delivered entirely by the players.

“They’ll deliver the event to another prison group, so it may be a 5-a-side tournament or an 11-a-side match. The guys just now are organising an 11s game against Street Soccer players. So, they’ll write a letter to the Governor, write a letter to me, sort a pitch, strips, referee, juice and a trophy. They’ve got the responsibility, they own it. They aren’t told what to do, it’s down to them to how the event looks like. They can take ownership over the course and the event is a good way of showing that.”

Rab also mentions that the approach from Street Soccer volunteers, with his guidance, is something that tends to come up in conversation with prisoners.

“When you’re in prison, you’re told ‘nah you’re no good’. So, when we are able to congratulate the boys and thank them at the end of the session, it can make a real difference. We want to build that rapport from the first day to the last. The feedback we get from the programme is great and when we are starting a new course, we find word tends to travel quite quickly around the prisons, meaning we’re often full before we even start. Those who have completed it before will encourage other prisoners to get involved, so that’s a real positive for us.”

With the return of more partner prisons on the horizon, at HMP Edinburgh and HMP Barlinnie, as well as HMP Cornton Vale for our women’s programme, Rab is confident that the sessions will continue to grow in popularity.

“We’ve missed the programme for the last 18 months and it’s been tough. It’s had a detrimental effect on my mental health too. I was in a good routine of going to two prisons on two different days each in the week. The programme needs consistency. I’m still in contact with 12 prisoners who came through the course and are now released. For most of these guys, it’s the longest they’ve ever been out of prison.”

Touching on his own journey, Rab emphasises that individual choice is at the heart of making change, but underlines that Street Soccer as a support system can enable more informed and educated decisions.

“When I go and explain my own journey, the players start to realise how they can take control of their choices. It was when I was in a hostel, that I heard about Street Soccer and I came down around 2010. I remember thinking ‘is it only me?’ thinking I may be the only person struggling with mental health issues and experienced homelessness but when it becomes clear everyone’s in the same boat, you are able to build a connection.

I always say in my talk to the guys, when I went back to my second session on the Thursday, everyone there remembered my name. That was really important to me, it actually changed my life. Something simple as that just stuck with me. It made me realise ‘I am a human being’ and took the decision to start turning my life around.”

Rab is eager to stress that he often struggles to accept praise, however highlighted that a recent comment from a prisoner had touched him.

“When I was up visiting Castle Huntly, one of the guys pulled me for a word and he told me ‘You’re the only reason we come to this course. The way you treat us, the way you speak to us, the laugh and encouragement we get from you. That’s what keeps us coming back.’ That comment really touched me. I just try and treat them how I would like to be treated. Obviously, when they’re in prison, everything is quite negative. I’ll be positive to the boys on the course, tell them well done and praise them when they deserve it.”

In searching from an inspirational Street Soccer story, you won’t have to go far to find one with Rab’s. A Homeless World Cup wining captain and joining Street Soccer in a job he is extremely passionate about. That’s quite the journey, and he wants just the same for everyone else. 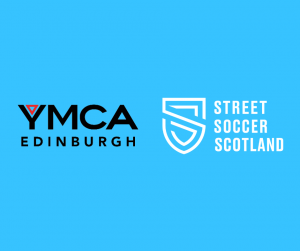 Food parcels continue to make a difference in Edinburgh